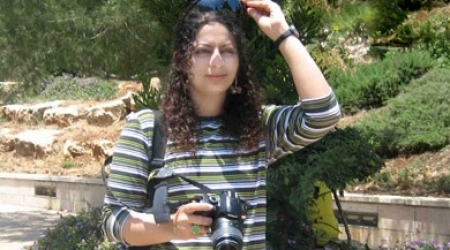 She was on leave to take part in a Beirut workshop entitled ‘the Arab International Forum to Support the Organization of Prisoners of Freedom”.

The Euromid Observer expressed its concern about the detention of Hassoun, demanding her immediate release.

Furthermore, in a related vein, Al Ray reports that Israeli forces arrested Osama Saleam, 10, after storming the al-Azzun town, near the occupied West Bank city of Qalqilya, according to witnesses.

In addition, the military closed the western entrance to al-Azzun town, with its eastern gate, preventing Palestinian citizens from crossing through.

Each year, around 500-700 Palestinian children, some as young as 12, are arrested, detained and prosecuted in the Israeli military detention system, with the majority of Palestinian child detainees being held on charges of throwing stones.