Two Children Injured After Soldiers Attack Them In Hebron 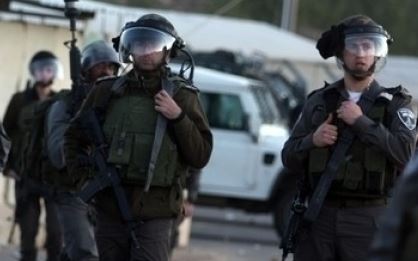 [Tuesday, May 6, 2014] Palestinian medical sources have reported that two children were injured, in two separate attacks carried out by Israeli soldiers in Hebron city, in the southern part of the occupied West Bank.The sources said that several soldiers assaulted Khaled Zahda, 12, in the Bab az-Zaweya area, causing various cuts and bruises.

Palestinian medics arrived at the scene, and moved to the wounded child to the Hebron Governmental Hospital in the city.

The attack took place after Israeli soldiers invaded the area, and clashed with local youth who hurled stones at them.

In addition, one child was injured in the head after a soldier topping a building, near the Ibrahim Mosque, dropped a stone at him.