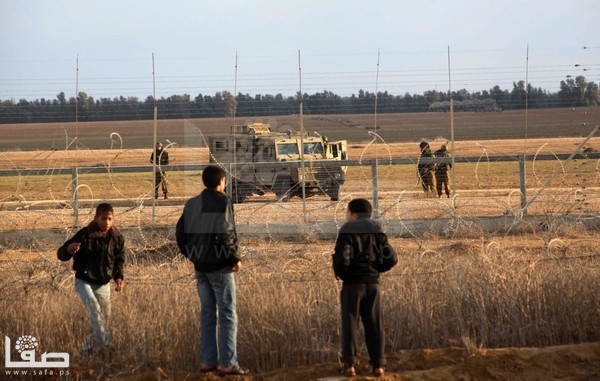 [Sunday, May 11, 2014] Israeli soldiers, manning military towers across the border with Gaza, opened fire at Palestinian farmers working in their lands east of Khan Younis, in the southern part of the Gaza Strip.Eyewitnesses said the soldiers fired several rounds of live ammunition at the farmers while they were working in their own agricultural lands, located between Khuza’a and Abasan towns, east of Khan Younis, forcing them to leave their lands fearing additional attacks.

Israeli soldiers repeatedly attack Palestinian farmers and workers, working in areas close to the border in the northern and eastern part of the Gaza Strip. The attacks led to dozens of casualties and arrests.

See video, ‘Farming Under Fire’, via related link, below.