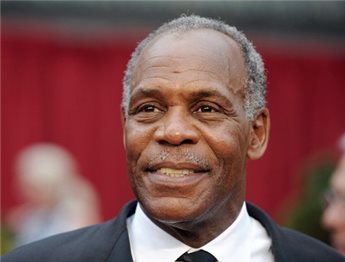 Ma’an reports that actor Danny Glover and a number of others featured in a US documentary about a prominent social justice activist protested the film’s screening at a Tel Aviv festival, this week, announcing their support for the cultural boycott of Israel.
The group said, in a statement released Monday, that they ‘stand in solidarity with the people of Palestine, and support their call for cultural and academic boycott of Israel’ and that they were ‘shocked to find the film slated to be screened’ at an Israeli festival.

The film ‘American Revolutionary: the Evolution of Grace Lee Boggs,’ according to Ma’an, is scheduled to be shown in Tel Aviv at DocAviv, a festival dedicated to documentary film which runs through May 17 and purports to be the largest film festival in Israel.

‘We immediately took action to have the film withdrawn from the festival,’ the statement added, but highlighted that festival organizers say it was not ‘possible’ to change the schedule that they would ‘move forward with the screening, over our objections.’

The group stressed their support, regardless, for the Academic and Cultural Boycott launched in 2004 as part of the global Boycott, Divestment & Sanctions movement from the state of Israel and its continuous and historic violations against the Palestinian people and their property.

Israel has leveled more than 23,000 homes in the Palestinian territories since it first occupied the West Bank, the Gaza Strip and East Jerusalem in the 1967 six-day war.

More than 500,000 Israelis live in illegal settlements across the West Bank and East Jerusalem, in direct contravention of international law and with full complicity of Western governments, in the form of billions in foreign aid and weapons, each year.