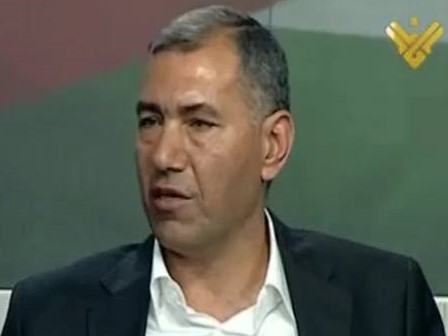 Mass Executions Took Place Following The Nakba —
Palestinian Researcher and head of the Census Department at the Palestinian Ministry of Detainees, Abdul-Nasser Ferwana, states that around 20% of all Palestinians in the occupied territories have been imprisoned, and that the period which followed the Nakba of 1948 witnessed executions and crimes more brutal and criminal than in later years.Such brutal attacks were highlighted by intentional harm, physical assaults and policies of expulsion, forced collective deportation, murder and organized massacres targeting Palestinians, all with the aim of forcing the living to escape, in fear for their lives.

“The army executed large numbers of Palestinians after arresting them,” Ferwana stated. “Other massacres were committed against Palestinians who escaped, and who were later held from minutes to hours before they were executed.”

He added that the period which followed the Nakba, when Israeli forces occupied historic Palestine and declared their state on its ruins, the armed forces began with massive arrests carried out by the Irgun, Haganah and Stern Gang terrorist groups, who observed any Arab or Palestinian as an enemy, as a person deserving to die.

Ferwana further stated that, as Palestinians mark the sixty-sixth anniversary of the Nakba (The Catastrophe), when historic Palestine fell under Israeli occupation in 1948, the number of Palestinians who have been arrested and imprisoned since then exceeds 800.000, representing 20% of all segments and sectors of Palestinian society.

The arrests, compared to the total population, are the largest in the world, while most Palestinians who have experienced kidnapping and imprisonment have been repeatedly arrested and, in many cases, several family members have also been imprisoned by Israel.

“The most serious implication is Israel’s policy of incarceration, as routine arrests are a part of daily policies of assaults against the Palestinians,” Ferwana stated. “Israel uses the arrests to humiliate, pressure and blackmail the prisoners and their families. The army has also repeatedly used the detainees as human shields.”

50% of the detainees are held in the Negev detention camp, Ofer and Majeddo (Megiddo). The rest are held in 15 other detention and interrogation centers.

Ferwana added that Israel is currently holding captive 18 Palestinian women; the longest serving of them is Lina al-Jarbouny, who was taken prisoner in April of 2002, in addition to 196 children, 191 Administrative Detainees (without charges or trial), 11 elected legislators and one former minister of local government.

Israel also violated its own vows to release all veteran detainees, held since before the First Oslo Agreement on 1993. The 30 detainees were supposed to be released on March 28, as part of an American-mediated deal to ensure the resumption of direct Palestinian-Israeli negotiations.

On Tuesday [December 31, 2013] Israel released 26 veteran Palestinian detainees, as part of the third phase of releasing all detained Palestinians held since before the first Oslo peace agreement in 1993.

The oldest serving detainee is Karim Younis, who was taken prisoner more than 31 years ago, and Israel is refusing to release him.

Ferwana further stated that there are 130 Administrative Detainees holding a hunger strike which started 21 days ago, in protest of their ongoing imprisonment without charge or trial, and that some of them even started their strike more than two months ago.

He said that more detainees, not only Administrative Detainees, intend to join the strike, especially since Israel is still depriving them of their basic rights, and refuses to provide the ailing detainees with much needed adequate and specialized medical treatment, adding that the army’s violations against the detainees are even escalating, in an attempt to force them to end their strike.

Ferwana called on people around the world, advocates of democracy, justice and human rights, to support the detainees, holding their “Revolution for Freedom”, in their battle against Administrative Detention, and for the release of all prisoners.

He said that increased regional, national and international actions are needed to pressure Israel into ending its violations.

Former Political Prisoner, Abdul-Nasser Ferwana
Head of the Census Department of The Palestinian Ministry of Detainees