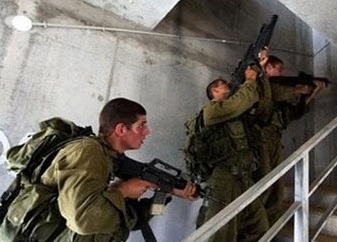 The sources said the soldiers violently searched the homes after forcing the residents out, causing property damage, and withdrew from the village later on.

Some of the owners of the attacked homes have been identified as Khader Nael Abu Sarhan, Falah Issa Abu Sarhan, and Fayez Saoud Abu Sarhan.

In related news, soldiers invaded the al-Mogheer village, near Ramallah, where clashes took place with dozens of youths who hurled stones and empty bottles at them.

The army fired several rounds of live ammunition, in addition to several concussion grenades and gas bombs; no arrests were reported.