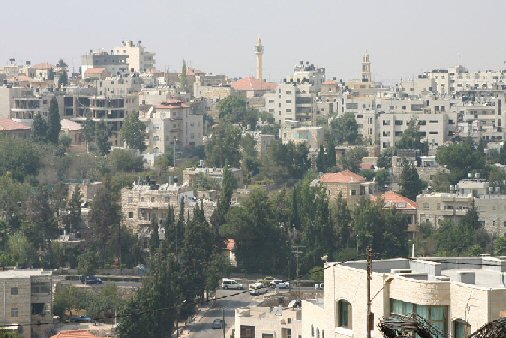 Zaid Shuaibi told Amnesty International that he and fellow activists entered the theater in protest of a show by a dance group which had performed in Israel on the 11th.

Prior to the show, Shuaibi stood up and explained to performers and attendees the nature of their protest, only to be surrounded, soon after, by men in civilian clothes who demanded he leave the venue.

Earlier this month, Human Rights Watch also condemned the mistreatment and prosecution of the men who have come to be known as the ‘BDS Four’, according to the Electronic Intifada (EI):

‘Multiple witnesses gave consistent accounts of the police using unnecessary and disproportionate force against two men who were involved in the peaceful protest at a theater in the West Bank city of Ramallah, and two other men and a woman who tried to help them,’ Human Rights Watch said. ‘Police detained the four men overnight, and they were charged the next day with ‘disturbing the peace’ and ‘provoking a riot.’’

Amnesty’s statement, which further details the circumstances of the violent arrest, is called on by EI to be seen in light of Abbas’ recent decision to sign the UN Covenant on Civil and Political Rights among other international human rights treaties.

The full statement can be read at the Electronic Intifada’s official site.