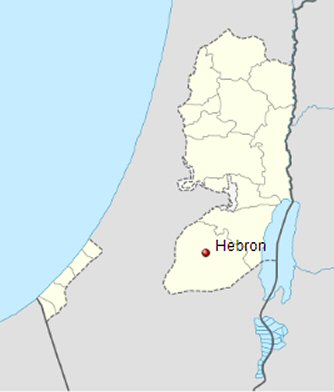 A Palestinian youth was severely injured after being over by an Israeli military vehicle in the village of Beit Ummar, north of Hebron, according to a local activist.WAFA Palestinian News & Info Agency has reported that, according to spokesperson for the people’s committee in the village, Mohammad Awad, 15-year-old Anan Abu-Ayyash was severely injured in the head after being run over by an Israeli army jeep.

He was transferred to hospital for medical treatment.

The Hebron district is one of the most heavily afflicted regions in the West Bank, with regard to violent clashes and Israeli violations on the Palestinian people and their property.

It is the largest city in the West Bank and second largest in the oPt, after Gaza. It is home to approximately 250,000 Palestinians, and between 500 and 850 Jewish colonial settlers.

(See link below for details.)