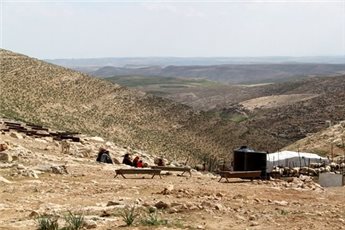 Israeli forces, on Tuesday, detained four Palestinian girls in the south Hebron hills after being accused by a settler of stealing cherries, according to human rights group B’Tselem.
The girls, aged 11 to 15, were on their way home from school with an Israeli army escort when Israeli police arrested them, Ma’an reports. The girls were taken to an Israeli police station in Hebron, with no adult accompaniment, and held for 4 hours until they were later handed over to Palestinian police and released.

‘The absurdity and injustice of holding four girls on suspicion of such a minor offense is disgraceful and outrageous, especially given that the authorities systematically refrain from enforcing the law on settlers who attack these girls and their families,’ said B’Tselem.