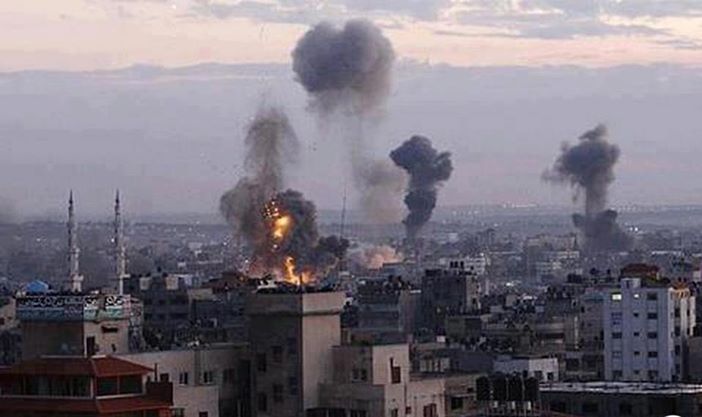 The crisis in Gaza is fast spiralling out of control with water supplies critically low and a public health crisis imminent, Oxfam warned today. The collapse of the latest brief ceasefire announcement means many more lives will be at risk.Conditions are increasingly desperate in overcrowded schools and buildings where up to 450,000 people are sheltering. Many people are getting as little as three litres of safe water a day, far below international emergency standards. Massive destruction of water and sewage systems and electricity supplies has reduced water supply to Gaza’s entire population of 1.8 million people. Spills of raw sewage threaten to contaminate water sources and the threat of disease is rising. There are already reports of 30 cases of meningitis, as well as skin diseases among children and cases of gastroenteritis.

Oxfam teams and local partners are working around the clock to supply water to 70,000 people, but the massive destruction of infrastructure and the ongoing Israeli bombardment means aid workers are increasingly overwhelmed and struggling to meet even basic needs.

The destruction of Gaza’s only power plant earlier this week has plunged much of Gaza into darkness and left vital water pumps struggling to keep going. Three of Gaza’s four main power supplies have now been completely destroyed or extensively damaged by the violence of the past few weeks, cutting off more than 80 percent of Gaza’s power. Most municipal water supplies have now stopped running.

‘The outrageous level of destruction is much worse than anything we have seen in previous military operations and the situation is getting worse by the hour. Tens of thousands of families have fled but are trapped with nowhere safe to escape, sheltering in horrific conditions and terrified to move. The international community’s response to such suffering has so far been shamefully weak. Every day that this goes on is putting many more civilian lives at risk,’ said Nishant Pandey, head of Oxfam in the Occupied Palestinian Territory and Israel.

Hospitals that Oxfam works with are struggling to cope. Six of the nine busiest hospitals in Gaza have been directly hit or badly damaged, with three of them now closed. Another four Oxfam-supported health clinics and many others have been damaged or shut. Many health facilities are running short of fuel to keep life-saving operations going.

‘Oxfam condemns the rockets that continue to be fired from Gaza towards Israel, but this does not justify Israel’s outrageously disproportionate use of force which has killed so many civilians and destroyed so much of Gaza. All civilians, whether Palestinian or Israeli, have the right to live in security, but military operations that bring such levels of death and destruction will not make anyone safer in the long term,’ said Pandey.

Oxfam said the international community must do much more to ensure an urgent and permanent ceasefire, but that lasting peace will only be possible with an end to the ongoing blockade of Gaza. For the past seven years people in Gaza have been living under an Israeli blockade which prevents the free flow of goods and people in and out of Gaza, devastating the economy and severely restricting people’s livelihoods.