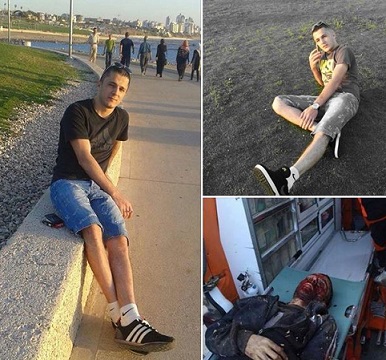 Palestinian medical sources reported that a young Palestinian man was killed on Monday, at dawn, by an Israeli “Energa” shell fired on a home in Qabalan village, south of the northern West Bank city of Nablus. Several Palestinians have been injured.The sources said the slain Palestinian has been identified as Zakariyya al-Aqra’, 24.

Head of the Qabalan local council, Hisham al-Az’ar, said the army surrounded a home in the town, and fired several “Energa” shells into it, killing the young man, and wounding at least eight others, including women and children.

The soldiers also kidnapped the al-Aqra’s brother, Bilal, and another young man, identified as ‘Ala Hasan Abdul-Rahim.

Al-Az’ar stated that dozens of soldiers invaded the area, surrounded the home of resident Sohaib al-‘Emla, and demolished part of it before firing the shells into it.

The Radio Bethlehem 2000 said that dozens of soldiers, armored vehicles and two military bulldozers, invaded the area, and demolished part of the home.

It added that at least eight Palestinians, including five family members, have been injured by Israeli army fire and shells.

The army claims the armed clash with the Palestinian lasted for a few hours.

Israel alleges al-Aqra’ shot and seriously injured an Israeli soldier around two weeks ago, as the army was preparing to invade Qabalan.

Since then, the army has been conducting daily invasions and attacks in the town.

Also on Monday, the Ministry of Health in Gaza, said a Palestinian infant, 45 days of age, died of recent serious injuries suffered after the army bombarded her family home, in Central Gaza.

She has been identified as Maida’ Mohammad Aslan, 45 days of age.