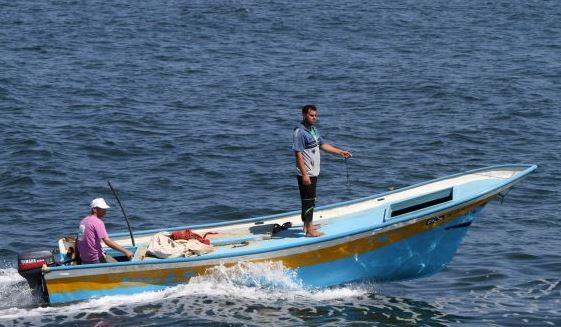 Israeli navy boats violated the temporary truce with Gaza by opening fire on Palestinian fishing boats near the coast of Rafah, in the southern part of the Gaza Strip. Nizar Ayyash, head of the Palestinian Fishermen Syndicate, stated that as some fishermen tried to fish close to the shore, the navy opened fire on them, forcing them to leave. No injuries were reported.

He stated the navy prevents the fishermen from fishing even close to the shore, and frequently opens fire on them and their boats, and issue that led to dozens of casualties, arrests, destruction and confiscation of fishing boats.

One of the main points the Palestinians are demanding, in the indirect ceasefire talks, is an end to the ongoing Israeli attacks against the fishermen.

Palestinian fishermen are only allowed to fish within three nautical miles from Gaza’s shore, even though the previous agreement settled on 20 nautical miles.

Under the Oslo accords of the mid-nineties, the Palestinians are supposed to be allowed to fish within 20 nautical miles off the Gaza shore, but Tel Aviv has constantly violated the agreement.

As part of the ceasefire agreement of November 2012, Israel agreed to allow the Palestinians to fish within six nautical miles, but unilaterally decreased the allotted area to three miles.