Ministry Of Detainees Publishes Names Of 26 Palestinians Kidnapped In Gaza 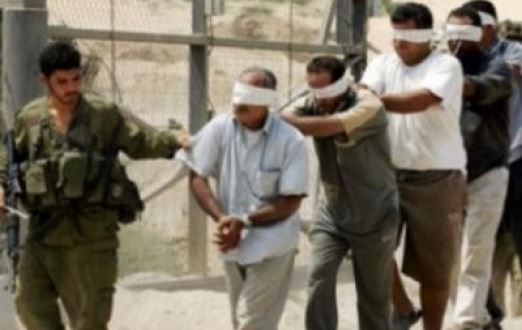 The Palestinian Ministry of Detainee and Ex-Detainees stated that its legal units managed, a few days ago, to obtain a list containing the names of 26 Palestinians kidnapped by the Israeli army, along with several others, during the Israeli invasion and its aggression on Gaza.The 26 Palestinians have been constantly interrogated and tortured, and are currently imprisoned at the Asqalan (Ashkelon) Israeli prison.

The Legal Unit of the Ministry of detainees said it is closely following the case of kidnapped Palestinians, and is trying to get information about more Palestinians, kidnapped in the recent Israeli invasion into border areas of Gaza, who might still be detained at other detention camps.

The Ministry called on the families of the following detainees to head to its office in Gaza, or to call the head of the Detainee’s Affairs department, adding that Israel will be sending the detainees to military courts this week.