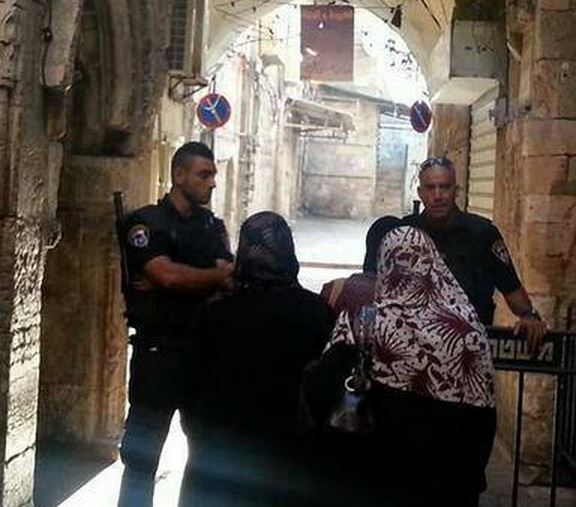 Dozens of Israeli soldiers, and police officers, invaded various Palestinian communities and towns in different parts of occupied Jerusalem, and kidnapped more than 50 Palestinians from their homes. Dozens of residents have been injured. 26 Palestinians injured. The soldiers invaded the towns of Silwan, al-‘Isawiyya, at-Tour neighborhood, Suwwana neighborhood, Shu’fat and many neighborhoods in the Old City, before dozens of undercover soldiers and security officers started invading homes and ransacking them, while military choppers hovered overhead.

Local sources said the soldiers broke into dozens of homes by smashing the doors and windows, terrifying the sleeping families.

Lawyer of the Ad-Dameer (Prisoner Support and Human Rights Association) stated that more than 50 Palestinians have been kidnapped, and are now in a number of interrogation facilities, including in Ramla and Lod.

Clashes took place in al-Isawiyya and at-Tour while the dozens of soldiers were invading and searching dozens of homes.

Medical sources in the al-‘Isawiyya said 26 Palestinians were shot with rubber-coated metal bullets and received treatment by local medics, while dozens of Palestinians suffered the effects of tear gas inhalation.

Medics also had to remove three families from their homes after the army fired several gas bombs into them, causing injuries to several children and adults, while many children also suffered anxiety attacks.

Dozens of soldiers also invaded two neighborhoods in the at-Tour town, in occupied Jerusalem, and fired concussion grenades, gas bombs and rubber-coated metal bullets in the streets, alleys and directly into homes.

A Palestinian man, identified as Akram Abu al-Hawa, who suffers from a heart disease, fainted after the soldiers invaded his home, and kidnapped two of his sons.

Soldiers also assaulted a young man, identified as Seeq Abu al-Hawa, with batons and rifle-buts, while another Palestinian was shot in the arm with a rubber-coated metal bullet.

In addition, the soldiers threw several gas bombs and concussion grenades into a home, belonging to resident Yasser Abu al-Hawa, causing it to catch fire.

The Israeli Police said 57 Palestinians have been arrested during the dawn invasion of occupied Jerusalem.

Israeli soldiers and police have kidnapped 549 Palestinians, including 166 children, and 383 young men in occupied Jerusalem since July 1, and filed indictments against 184 of them.

In related news, soldiers prevented dozens of young Palestinian men and women from entering the al-Aqsa Mosque for dawn prayers, and withheld ID cards of many elderly men who were allowed through.