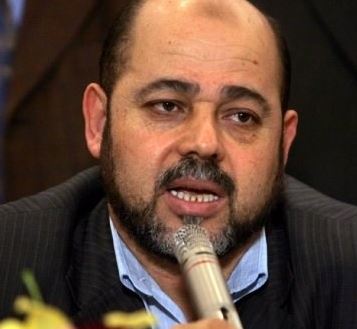 Member of the Political Bureau of the Hamas Movement, Dr. Mousa Abu Marzook, stated that Israeli Prime Minister, Benjamin Netanyahu, is obstructing indirect talks, and has rejected the Egyptian ceasefire initiative.Abu Marzook, who is also a member of the Palestinian team for indirect Egyptian-mediated talks with Tel Aviv, said Netanyahu’s actions and stances “pushed the talks back to square one”.

“Netanyahu is hostage to internal contradictions within his coalition government,” Abu Marzook added. “He lost the aerial and ground aggression and offensive on Gaza, and could not achieve any of his set goals.”

The Hamas official said the Palestinian team held consultation sessions, carefully examined the Egyptian proposal and will be holding a meeting with Egyptian officials, Monday.

“The current temporary ceasefire has less than 24 hours left, it might not be renewed,” he said. “The Palestinian delegation in Egypt will never surrender any of the legitimate rights of our people.”

On Sunday, Hamas official Ezzat al-Resheq, said Hamas and the Palestinian team in Egypt “will never abandon the legitimate Palestinian rights,” adding that “the military victory the resistance achieved in Gaza will be concluded in a political victory.”

He added that the indirect talks held in Egypt represent Hamas, the Islamic Jihad and all factions of the Palestinian Liberation Organization (PLO).

On his part, head of the Political Bureau of the Hamas movement Khaled Mashal stated that the Palestinians are determined to end the illegitimate Israeli blockade on Gaza, and to achieve the legitimate demands of reconstructing the Gaza International Airport that was repeatedly bombarded and bulldozed by Israel, in addition to establishing an international seaport.

The five-day ceasefire ends at midnight, Monday, and. should indirect talks fail to achieve an agreement, the situation could head back to an even deadlier conflict.

Israeli forces killed nearly 2,000 Palestinians in the month-long assault on the Gaza Strip, an estimated 80% of whom were civilians, according to the United Nations.

Three Israeli civilians and 64 Israeli soldiers were killed in the month-long assault – most of whom were killed while actively engaged in a ground invasion of the Gaza Strip.