Israel has placed 10 new Palestinian prisoners under arbitrary administrative detention, a procedure which allows the military to hold individuals indefinitely, without charge or trial and, often, under severe conditions which the rest of the prison population is not subject to.According to the PNN, the Palestinian Prisoners’ Cub recently stated that the number of prisoners who have been placed under administrative detention, since mid-June, has increased to 288.

The ten new prisoners have been identified as:

Over 800,000 Palestinians, including children, have been kidnapped and imprisoned by Israel since the illegal 1967 occupation, while over 5,000 Palestinians were currently being held by Israel, as of May of this year.

In a simultaneous and ironic gesture of ‘good will’ in compliance with Palestinian demands, the Israeli delegation to Cairo has informed the Egyptians about a decision to expand the fishing area for Palestinians in the Gaza Strip, according to Haaretz.

After Hamas, by way of democratic election, took control of the region in 2006, Israel unilaterally reduced the fishing zone to six miles offshore. Now, they have announced their willingness to expand the zone as a ‘goodwill gesture’.

The Israeli newspaper added that the decision aims to contribute to the improvement of negotiations, which resumed Sunday between the Palestinian and Israeli officials in Cairo.

This announcement comes amid rumors that Israel has intentions to take unilateral steps if negotiations fail. Haaretz also stated, according to the PNN, that the Israeli delegation will not compromise on issues such as the opening of an airport, which the Palestinians consider as a basic condition for a lasting truce.

The Israelis also declared their intention to respond with severity, should any rockets be fired towards Israel from the Gaza Strip. 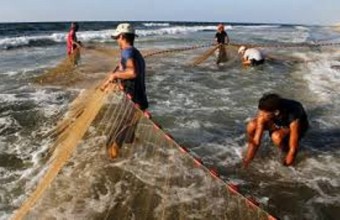