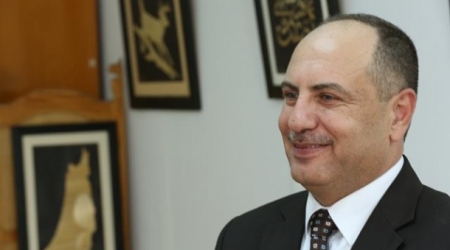 Lawyer Essam Younis, director of the Al Mizan Center for Human Rights in Gaza, says that bombing civilians living in a highly residential area without any warning is a massive crime. Younis’ parents were recently killed after Israeli warplanes bombed several houses in Rafah, southern Gaza Strip.’No silence any more,’ declared Essam, according to Al Ray.

‘The world is still silent toward those crimes, so Palestinians should continue their human rights struggle, and hurry the signing of Rome statute and joining the international courts, to hold the occupation accountable.’

He explained that the Palestinian demands are legitimate, lawful and guaranteed by the international law saying: ‘Palestinians did not demand but lifting the siege.’

At least, seven Palestinians were killed and 25 injured following another civilian assault by Israeli warplanes which bombed five houses with incredibly destructive missiles in Rafah.

Palestinians have been demanding an end to the Israeli blockade, the release of re-arrested prisoners, the reconstruction of Gaza, the building of a sea and air port, the removal of the buffer zone, and the widening of the fishing zone.

These demands are legitimate by the Oslo Accords, which were signed by Israel but never fully honored, especially following a 2006 election victory by the Hamas party, which the regime continues to brand as a terrorist organization.

OVer 2,000 Palestinians have been killed and more than 10,000 others injured since Israeli military attacks on Gaza began again in early July.

See also: PCHR Calls Upon Palestine to Immediately Accede to the Rome Statute