A Letter from A Palestinian Christian To EWTN 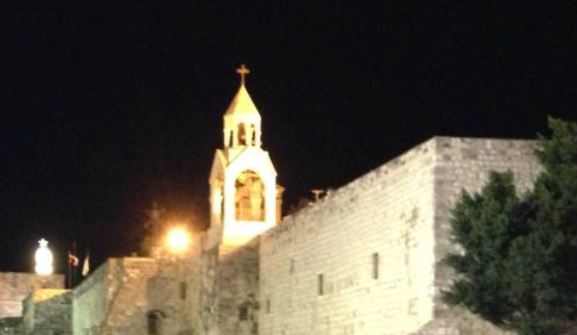 I was watching your world over segment last night on EWTN and I had some concerns. My name is Mary I’m a conservative Catholic from Bethlehem Palestine.

I know you didn’t think we existed – don’t worry you’re not the only one.

I couldn’t help but notice you were one of them, which struck me as very odd considering you work for a religious channel not political, and even if you yourself had your biases it should not be portrayed on your show.

Let me clarify some things if I may, sir. I have three cousins that are priests an uncle who is a Bishop look them up Bishop William Shomali, Fr. Ibrahim Shomali and Fr. Issa Shomali.

My mother lived in Rome for ten years, she almost got ordained to become a nun.

Yes we are pretty conservative and we are proud of our faith. Growing up in occupied Palestine just made our faith even stronger.

Watching on a daily basis Israeli jeeps with huge rifles sticking out from the back of the jeep threatening to shoot us at any moment just because we happened to live on the wrong side of town.

On the way to my St Joseph all-girls Catholic school I saw them making dirty comments, staring me in the face, mocking me.

I saw them shoot little children because they threw rocks at them, and sometimes for absolutely no reason.

In my peaceful town of Beit Sahour, mostly Christians, the first boy to get killed by Israelis was 16 years old.

He was walking home from the store when Israeli soldiers dropped a huge rock on his head from the top of a building and watched him crawl home bleeding until he died at the front steps of his home. He was Christian, he did nothing to them.

Yet you don’t feel any sympathy for him. The second boy was at home in the kitchen watching his mom making fries.

An Israeli settler — you know, those guys who built a home illegally on Palestinian land and are armed — shot him through the window and killed him in front of his mom.

His name was Salam, it means peace. He was a Christian, not involved in anything. Yet you wouldn’t feel any sympathy for him because he’s not Jewish.

I can go on and on and on about how Israel was created, the wars literally kicking people out of their homes and moving in them, the massacres.

The times when they would put the whole town on house arrest, which means we can’t leave the home or look out the window. It would take weeks sometimes.

We are Christians and yet you wouldn’t feel any sympathy for us. When they would set us free they would shout in the microphone in their jeeps ‘home arrest is off you dogs and cows and donkeys’. And yet it’s all justified.

One time a Christian nurse from my home town took home a young boy who was wounded by Israeli soldiers. He was involved in a protest against occupation and must have thrown a rock at one of the jeeps (oh the horror!)

The soldiers went to her home, and arrested and imprisoned her for years for treating a wounded boy; how dare she!!

And when the town had many protests to free her they released her to Jordan and she was never allowed back to her home. And yet we are the terrorists and you have no sympathy for us.

My ancestors come from that land back in the days when people lived in caves even.

What if we are the original Christians that followed Jesus 2000 years ago — wouldn’t we have the same right to live there in dignity and yet we have none.

We will not hate, we will only tell the truth. This is what our Bible teaches; you should try doing the same. Peace be with you my friend.

Love, Mary Alshomaly from the Holy Land of Jesus