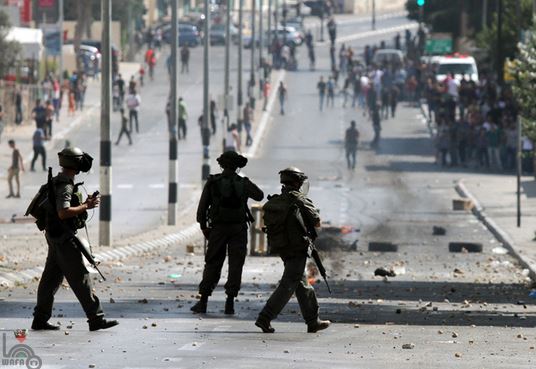 Palestinian medical sources, in the northern West Bank city of Nablus, have reported many Palestinians were injured, including one child who suffered a serious injury, after Israeli soldiers attacked Palestinian protesters in east Nablus.The sources said Hassan Hazem Abu ‘Ashour, 14, has been immediately admitted to surgery at the Rafidia Hospital in Nablus. Four Palestinians have been shot by rounds of live ammunition.

Dozens were hit by rubber-coated metal bullets, and others received treatment for the effects of tear gas inhalation.

In related news, soldiers invaded on Friday evening the al-‘Arqa village, southwest of Jenin, in the northern part of the occupied West Bank.

The village in close to an illegal Israeli settlement, built on Palestinian lands, and is subject to frequent Israeli military invasions. and ongoing attacks by fanatic Israeli settlers.