According to UNICEF, the Israeli military has killed nearly 500 Palestinian children during its current assault on Gaza, and has wounded around 3,000 others.In an August 23rd press release, UNICEF declared:

‘The death of a four year old Israeli child in a rocket attack yesterday and the reported deaths of two Palestinian children in Gaza in an airstrike this morning, add to those of 478 other Palestinian children killed in attacks in Gaza over the last month. The deaths of children on all sides constitute further tragic evidence of the terrible impact the conflict is having on children and their families on all sides.”

According to Chief of UNICEF’s Gaza Field Office, Pernille Ironside, the number is expected to rise. Ms. Ironside notes that nine children have been killed in the last 48 hours alone, the Middle East Monitor has reported.

The Palestinian Ministry of Health has stated, alternately, that 560 children were killed and 11,000 wounded.

Several international organizations have stepped up, in recent days, to point out that the targeting of children during times of conflict amounts to war crimes, and that the perpetrators must be held accountable for them.

UNICEF has called on all parties in protecting civilians, ‘especially children, as required by international law and to recommit to a ceasefire so that no further lives are lost and humanitarian agencies can expand their essential work in Gaza’.

Israeli has now destroyed the homes of more than 50,000 children. UNRWA records have indicated that the number of registered Palestinian refugees, as early as January of 2014, amounted to approximately 5.4 million.

Palestinians are now the largest refugee group in the entire world.

UNICEF is appealing for $13.7 million to reach children and their families in Gaza. By August 18th, less than a quarter of these funds had been received. 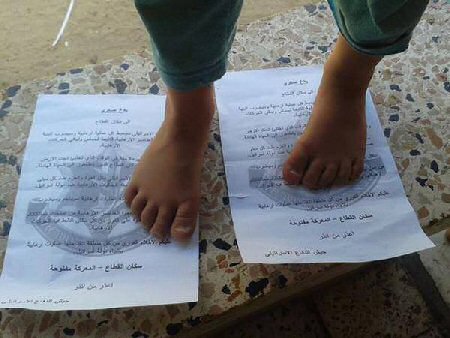