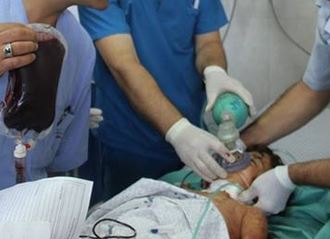 Palestinian medical sources have reported that two Palestinians have been killed, many injured, including some who suffered critical injuries, in the ongoing Israeli bombardment of Gaza.The sources said resident Yassin Ibrahim al-Biltaji, 23, died of serious injuries suffered after the army bombarded Gaza. Several Palestinians have been injured in the attack.

The Ministry of Health said another Palestinian, identified as Yahia Abu Daqen, 27, has been killed close to the ad-Dorra Hospital in Gaza.

Many residents, including children, have been injured, some suffering life-threatening injuries in another Israeli bombardment, in Gaza.

Two more Palestinians have been seriously injured by Israeli shells close to the Rafah Border Terminal, in the southern part of the Gaza Strip; the wounded have been moved to the Abu Yousef an-Najjar Hospital.

In addition, at least twelve residents have been injured in an Israeli bombardment to the al-Fallujah area in northern Gaza, and were moved to the Kamal ‘Adwan Hospital, in northern Gaza Strip.