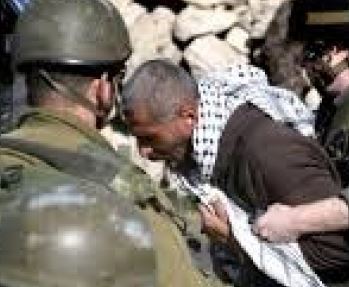 Palestinian medical sources in the West Bank have reported that a Palestinian child died, Monday, of a serious injury suffered after the army opened fire at Palestinians near the northern West Bank city of Nablus, last Friday. The sources said Hassan ‘Ashour, age 15, was shot by several rounds of live ammunition in the chest and liver, and was later declared clinically dead until he passed away on Monday morning.

Local sources said that the child was wounded during clashes which took place at the Beit Forik Israeli military roadblock, east Nablus, after the soldiers assaulted several Palestinians.

In related news, dozens of soldiers invaded the Deheishe refugee camp, south of the West Bank city of Bethlehem, and kidnapped one Palestinian.

Also, a Palestinian from Nahhalin village, west of Bethlehem, was kidnapped in occupied Jerusalem for ‘not holding an entry and work permit’.