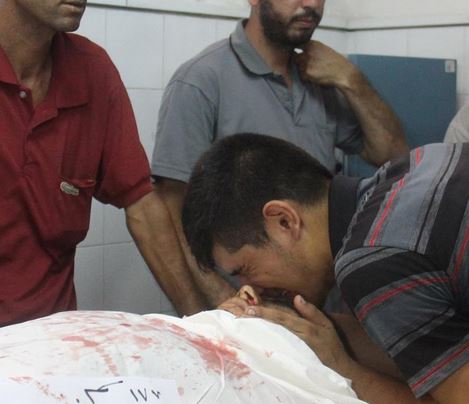 Palestinian medical sources have reported that at least five more Palestinians, including children,  have been killed, Monday, by Israeli missiles in the Gaza Strip, while many have been injured, in a number of Israeli bombardments and shelling targeting the coastal region.

The sources said resident Osama Mohammad Shbeir, 25, was killed and several Palestinians were injured, by Israeli missiles in the Sikka Street, in Jabalia, in the northern part of the Gaza Strip. One of the wounded suffered a serious injury.

Another Palestinian, identified as Hani Mohammad Yassin, 20, was killed, and at least one Palestinian was seriously wounded, when the army fire a missile into the Zeitoun neighborhood in Gaza City.

In addition, Raddad Ahmad Tamboura, 36, was killed by Israeli missile in Jabalia, in the northern part of the Gaza Strip, after he entered a pipeline close to his home to conduct repairs as he worked for the local City Council.

At least four Palestinians, including a child, have also been injured when the army fired a missile into a car in Gaza City.