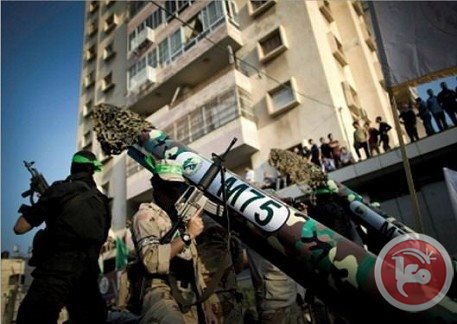 Palestinians across Gaza turned out by the thousands for a victory march, on Friday, as they experienced their first opportunity in 50 days to attend Friday prayers, at mosques in the Gaza Strip, without fear of being attacked by Israeli forces.Ma’an News Agency reports that, although a local council estimates that one-third of mosques were damaged in the Israeli assault — with 72 totally destroyed — Palestinians flocked to prayer services as political leaders took to podiums in stressing the need for national unity, after what they consider to be an unprecedented victory against Israel.

Senior Hamas official Khalil al-Hayya said, during a Friday sermon in Shuja’eyya, that Palestinians have entered ‘a new age, today, and a new stage of national unity by choosing to win and support the resistance.’

‘The war on Gaza should eliminate all previous internal disagreements,’ he said, calling upon the national unity government to fulfill its responsibilities related to ensuring Israel open the borders and allow reconstruction.

‘In this war, we captured back the rights that Israel stole while taking the (political) division as an excuse,’ al-Hayya added, noting that since the April 24 Palestinian unity agreement, the nation was better equipped to confront Israeli aggression.

Marches set off from mosques in Gaza City following Friday prayers, according to Ma’an, and ended at a stage in al-Wihda Street, where members of the al-Quds Brigades, Islamic Jihad’s armed wing, paraded through the streets.

Al-Quds Brigades announced the appointment of a new military spokesperson named Abu Hamza, while Muhammad al-Hindi, a Jihad official, declared that the Palestinian Authority must stop all security coordination with Israel, adding that Palestinians must go to the ICC in pursuance of bringing Israeli war criminals justice.

Although other Palestinian demands remain yet unfulfilled, despite the ceasefire, they are to be discussed at a second round of talks in September, and celebrations have broken out across the region.