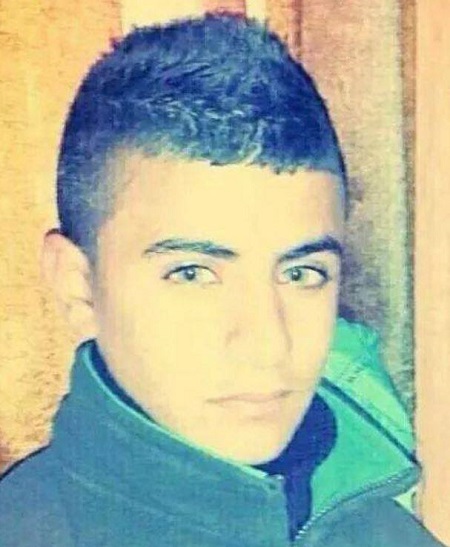 Palestinian teen Mohammad Sonnoqrot, who was critically wounded last week during a protest, in occupied East Jerusalem, died on Sunday.According to Al Ray, the boy’s relatives said the 16-year-old was shot in the head at close range with a rubber-coated steel bullet.

On Thursday, doctors from Hadassah University Hospital, in Ein Karem, told the family that the boy was clinically dead.

The incident occurred on August 31, in the Wadi Joz neighborhood, not far from the family’s home.

Motabi Sonnoqrot, Mohammed’s uncle, said that the boy had not even taken part in the demonstrations, and that the area was quiet at the time of the incident:

“Ten minutes earlier I returned home and nothing was happening. He left home and was talking to his aunt on the phone, when suddenly he was shot at close range. After he fell the soldiers went on beating him and wouldn’t let anyone come near him to treat him,” he said.

Al Ray further reports that, upon Sonnoqrot’s death, clashes reportedly broke out in the Wadi Joz neighborhood between Palestinian youth and Israeli forces, after an arrest campaign was initiated in the district.