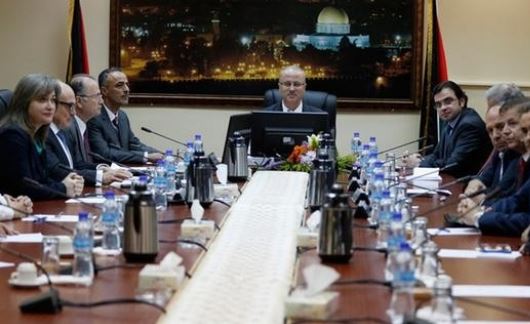 Palestinian Labor Minister of the National Unity Government Ma’moun Abu Shahla stated, on Sunday night, that Israel decided to allow West Bank Ministers, including Prime Minister Rami Hamdallah, to visit Gaza this coming Thursday.Abu Shahla said that Israel “promised” to grant the ministers all needed permits to enter Gaza, via the Erez Terminal, on Wednesday, before they head to Gaza Thursday

He added that Hamdallah and other government minister from the West Bank, have not been allowed into the coastal region since the unity government was formed several months ago.

The Palestinian official said the Israeli decision came following pressures practiced on Tel Aviv during the latest UN Security Council meeting in New York, as it previously refused to allow the travel of government officials between Gaza and the West Bank.

The ministers will be holding the first ministerial cabinet meeting in Gaza, and would discuss various issues, including the efforts to rebuild Gaza.

Abu Shahla said interim government ministers are mainly from the West Bank, and that the session has been repeatedly delayed due to Israeli restrictions.

Following their visit, the ministers will be heading to Egypt to participate in the Gaza reconstruction conference, before they return to the Gaza Strip.