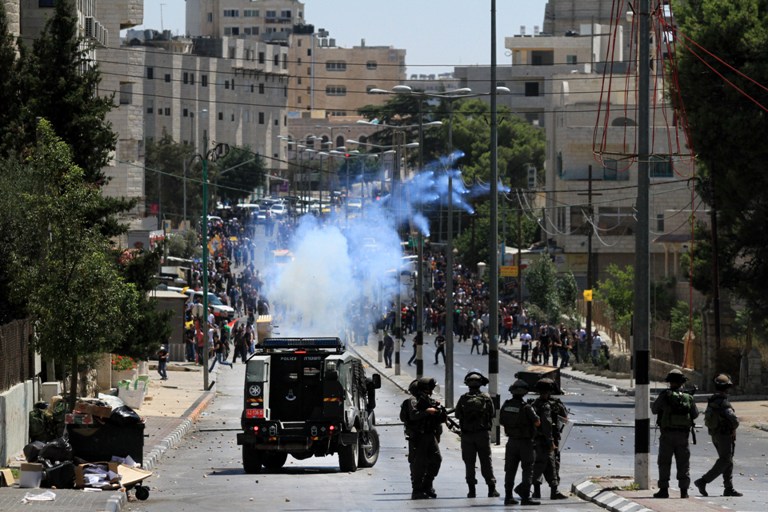 Israeli troops assaulted, on Monday afternoon, three Palestinian children near the southern West Bank city of Bethlehem. Local sources said that the three children, from Beit Fajjar village, were crossing a military checkpoint at the entrance of their village.

Troops detained the three boys and assaulted them with their rifle buts and batons, and then released them. The three children sustained cuts and bruises, local sources reported.

Also near Bethlehem on Monday, at least four youth were injured and many others were treated for the effects of tear gas inhalation when troops attacked residents at the village of Taqu’a.

Residents said that soldiers stormed the southern entrance of the village, firing tear gas and rubber-coated steel bullets at local youth who responded by hurling stones at invading soldiers.

Medical sources said that all injured youth were treated at the local clinic for minor to moderate injuries.

On Sunday evening, soldiers kidnapped a member of the Hebron City Council, identified as Dr. Farooq Abu ‘Ashour, as he was trying to cross a sudden roadblock, installed by the army near the West Bank city of Jericho.

Abu ‘Ashour went to Jericho to drive his father back home as he was returning from a visit to Jordan.