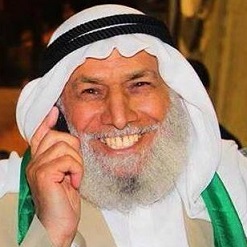 Several armored Israeli military jeeps invaded on Wednesday, at dawn, the northern West Bank city of Nablus, in an attempt to kidnap an elderly Palestinian legislator, clashing with dozens of local youth and causing scores of injuries.Eyewitnesses said the soldiers invaded the city through the ‘Aseera road, heading towards the al-‘Ein refugee camp, before breaking into the home of legislator Ahmad al-Hajj ‘Ali, 75 years of age, in an attempt to kidnap him.

‘Ali was not at home when the soldiers invaded it; this is the fifth attempt carried out by the army to kidnap the legislator.

The invasion led to clashes that extended to the Rafidia area and Tunis Street, while the soldiers fired dozens of gas bombs, causing many Palestinians to suffer the effects of tear gas inhalation; no arrests were reported during the invasion.

Soldiers conduct daily invasions and assaults against the Palestinians, their properties and lands in different parts of the occupied West Bank.

The Ahrar Center for Detainees’ Studies and Human Rights said in a report, published on October 2, that 28 Palestinian legislators, and two government ministers, are currently held by Israel, with the majority of them held without charges.

In Jenin, also in the northern part of the occupied West Bank, soldiers invaded several homes and ransacked them before kidnapping two Palestinians.