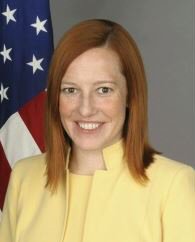 The US State Department asserted, on Thursday, that Israel must contribute to Gaza’s reconstruction, following the devastating assault on the besieged coastal enclave, this past summer.WAFA Palestinian News & Info Agency reports that, in her daily briefing, US State Department Spokesperson Jen Psaki stated to press representatives: “We do think that Israel will need to play a role in Gaza reconstruction. We were pleased to see that the UN, Israel and the Palestinian Authority agreed on procedures aimed at expediting the passage of relief materials into Gaza, while taking into account Israel’s security needs.”

Palestinians will be able to begin importing reconstruction material into the Gaza Strip through Israeli-controlled crossings starting next week, Palestinian Minister of Civil Affairs Hussein al-Sheikh said on Wednesday.

However, Psaki would not be drawn on whether or not US aid should be contingent on guarantees of a lasting ceasefire, to ensure that the money was not wasted in any future armed conflict.

“Ideally we’d like to see an agreement on a way forward for a sustainable ceasefire that addresses the long-term issues so we don’t have the recurring conflict,” she said.

Although the forthcoming conference will primarily focus on Gaza reconstruction, Psaki noted that US Secretary of State John Kerry “will have some sidebar conversations, but it’s not the primary focus. They’ll have to reconvene the parties to have that discussion separately from this conference.”

Psaki confirmed that Kerry would participate in the Gaza reconstruction conference, that would be co-hosted by Cairo on October 12, joining the EU, the UN, the Arab League, and other foreign leaders.

She also mentioned that the US has committed $118 million in humanitarian assistance to Gaza.