Palestinian Stabbed To Death In Silwan 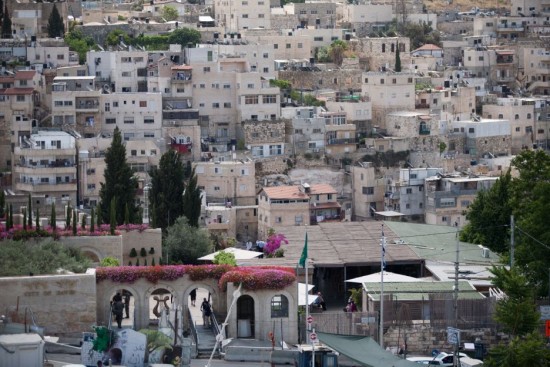 In what seems to be related to a case of selling homes to Israeli settlers, a Palestinian man was stabbed to death, on Thursday evening, in Silwan town, occupied East Jerusalem, the Arabs48 news website said.It added that the man, 50 years of age, was stabbed following a family feud resulting from selling a home to Israeli settlers.

The man was moved to the al-Maqassed Islamic Hospital, in Jerusalem, where he died of his wounds.

According to local sources, the stabber is a member of a Palestinian family that was kicked out of its home by a number of Jewish settlers, earlier this week.

However, other sources told the Arabs48 that the murder had nothing to do with the house that was occupied by the settlers, but is regarding a vacant apartment, believed to have been sold to the settlers.

Tension has been mounting in Silwan, especially after Israeli settlers occupied, during dawn hours of September 30, 25 Palestinian flats in an apartment building in Silwan.

The Arabs48 said it is believed a resident, by the name of Farid Hajj Yahia, a former official of the Southern Branch of the Islamic Movement, is behind leaking the apartments to the settlers.

Back then, the Wadi Hilweh Information Center in Silwan said the ownership of some of the apartments might have been leaked to the settlers through suspicious underground deals. http://www.imemc.org/article/69265