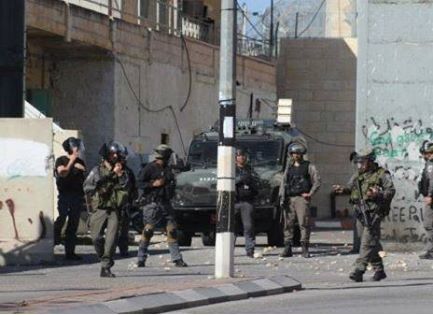 Palestinian medical sources have reported, on Sunday evening, a child was shot in the head by an Israeli rubber-coated metal bullet, fired by soldiers invading the ‘Aida refugee camp, north of Bethlehem. The sources said the child, Tamer Yassin Abu Salem, 15, was moved to the Beit Jala Government-run hospital in Bethlehem, suffering a moderate injury.

Eyewitnesses said many Palestinians suffered the effects of teargas inhalation, and received treatment by local medics.

The two, identified as former political prisoner, Sadeq Abu Hasan al-Kheir, 35, and his uncle ‘Aahed Abu al-Kheir, 45, were kidnapped at a temporary roadblock, on the Jenin-Jaffa Road, and were moved to the Salem military base. ‘Aahed was released later on.