US Announces Additional Aid for Palestinians 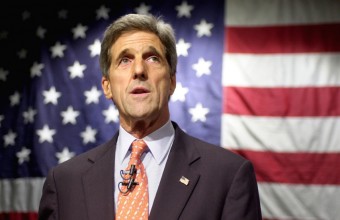 United States Secretary of State John Kerry announced, on Monday, $414 million in US assistance to the Palestinians.This will include more than $212 million that will be delivered through USAID, according to the PNN.

Of this, some $75 million will go to relief and early recovery efforts in the Gaza Strip. $100 million will support the budgetary needs of the Palestinian Authority, including financial support to the East Jerusalem Hospital Network. $37 million is meant to further strengthen PA institutions, support economic growth, provide health and humanitarian assistance, and additionally build up West Bank infrastructure and water resources.

Secretary Kerry’s announcement also reportedly includes $118 million in Gaza assistance, announced in July and September by Kerry, and providing critical humanitarian aid to include food, water, shelter and medical supplies to the population of the Gaza Strip.

This figure included $74 million in contributions to UNRWA’s Gaza Flash Appeal, $36.4 in USAID assistance, and $7.7 million to other international partners.

Another $84 million was provided to UNRWA in addressing other emergency needs in the West Bank and Gaza.

PNN additionally reports that, according to the Congressional Research Service’s report “U.S. Foreign Aid to Israel,” US President Barrack Obama’s administration gave $3.1 billion in Foreign Military Financing to Israel, for the Fiscal Year 2014.

With this added figure, American taxpayers give Israel some $9.9 million per day. Thus, ‘Operation Protective Edge’ was mainly sponsored by American financial and military support.