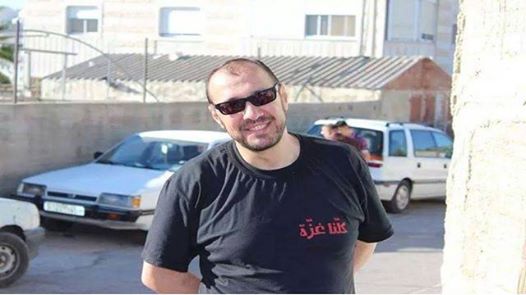 The Israeli army arrested Hebron city council member Faruk A’shur on October 8th, later placing him in administrative detention for three months. He is a major proponent of Boycott, Divestment and Sanctions (BDS) of Israel.An optician, A’shur is a leading activist in local committees promoting the boycott of Israeli products by Palestinians in Hebron and the West Bank more generally.

A’shur is also renowned for his selfless efforts to provide the best possible services to residents of the poor and marginalised neighbourhoods of Hebron, particularly those exposed to ongoing settler violence and Israeli military attacks.

These efforts are particularly crucial in assisting families in these areas to remain steadfast in their homes despite the enormous difficulties of daily life there.

The Hebron Defense Committee, a coalition of social movements and political parties acting to defend Hebron and its residents against Israeli colonial policies and practices, has called for A’shur’s immediate release, as well as the release of all 6,500 Palestinian political prisoners.

These orders are both news, as in the case of A’shur, and extensions of previously existing orders. Over 480 Palestinians are currently held in administrative detention, imprisonment without charges or trial