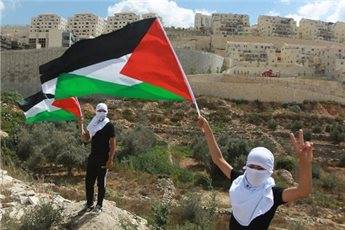 British Parliament voted in favor of a non-binding motion for official recognition of the state of Palestine, Monday.Haaretz daily newspaper reports that the vote was decided by a majority of 274-12, following a debate which lasted nearly five hours.

However, the move has no practical significance, as it does not oblige the British government to amend its current policy of recognizing Palestine only after a peace deal is reached with Israel.

According to WAFA Palestinian News & Info Agency, the motion was put forward by Labour backbencher member of parliament Grahame Morris. The party’s leadership reportedly instructed its lawmakers to vote in favor of the motion, while some pro-Israeli members of parliament were in opposition.

In an official letter sent to the House of Commons, Palestinian Foreign Minister Riad al-Malki stated: “The people of Palestine call on you to correct a historic injustice and to end the myth of ‘a land without a people’ by voting yes to recognizing Palestine as a State so that it can assume its role among other nations of the world and contribute to its prosperity, peace and well-being.

“Our eyes and the eyes of all those around the Globe who believe in peace and justice are gloated over you with hearts full of hope that this voting will succeed in salvaging peace and garnering universal justice, and will consequently have an impact on the British government’s policies and upcoming decisions on Palestine…

“We believe this is the right step towards breaking the current political impasse. This will not only meet our people’s aspirations, but it will also contribute to the stability of the region as a whole.”

Furthermore, Al-Malki expressed his ‘utter rejection’ for those “insisting that ‘Palestinian sovereignty must be subject to Israeli approval and must therefore be realized through negotiations only”.

“The international community is well aware of the efforts our leadership has exerted throughout the years and the big compromises we have made to move the peace process forward. However, the continued Israeli policies on the ground have accelerated tremendously in the opposite direction, and this has left us moving towards a lot more process than peace.”

Al-Malki called the House of Commons to vote in favor of the motion, to urge the British government to ‘take a prominent role in achieving this interest’ and to compel other European parliaments to adopt a similar position.

“We have had enough of oppression and occupation and we deserve to live in dignity and freedom. We also believe that our freedom contributes to your security and stability, and therefore realizing Palestine as a State is within our mutual interest,” Mr. al-Malki concluded.

The vote reportedly passed thanks to mobilization from the Labour Party, in addition to the Conservative Party’s virtual absence from the session.

(Photo: Palestinian protesters wave the national flag, in front of the Israelisettlement of Beitar Illit on September 26, 2014 — AFP/ Musa al-Shaer)
— with Arbia Jost.