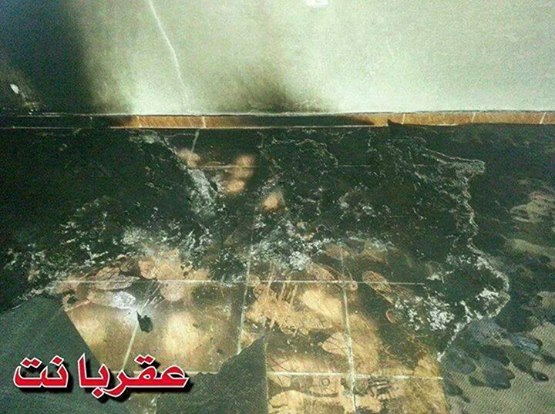 A number of fanatic Israeli settlers invaded a mosque, shortly after midnight on Tuesday, in ‘Aqraba village, south of the northern West Bank city of Nablus, torched parts of it and wrote racist graffiti on its walls. Ghassan Daghlas, in charge of Israeli settlement file at the Palestinian Authority, in the northern part of the West Bank, said a number of Israeli fanatics smashes the doors of Abu Bakr Es-Siddeeq Mosque, and wrote racist graffiti on its inner walls.

The settlers then burned sections of the mosque before local villagers noticed the assault, and extinguished the fires.

Daghlas said the attack is part of ongoing assaults carried out by fanatic settler groups against the Islamic and Christian holy sites in different parts of occupied Palestine.

Attacks carried out by fanatic Israeli groups largely target Palestinian farmlands and orchards, including burning trees, cutting and uprooting them.