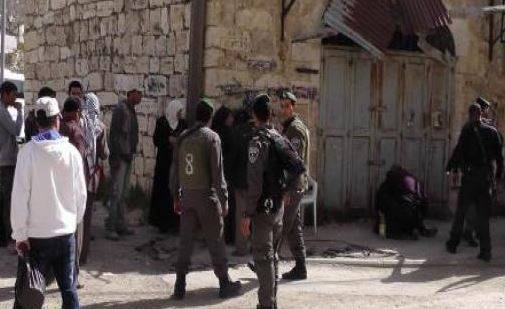 Palestinian medical sources have reported that a young Palestinian man was shot and injured in his face during an Israeli military invasion on Tuesday, at dawn, into the al-Far’a refugee camp, northeast of the northern West Bank city of Nablus. Local sources said that several armored Israeli military vehicles and jeeps invaded the camp while firing rounds of live ammunition, concussion grenades and gas bombs, before the soldiers stormed several homes and searched them.

The sources said the soldiers detonated main doors of a number of homes before invading them, and used several Palestinians as human shields while invading other homes in the refugee camp.

The invasion led to clashes between the soldiers and local youth, while one Palestinian in his twenties was shot in the face by a rubber-coated metal bullet, and many others suffered the effects of teargas inhalation.

The soldiers also used a home as an interrogation center, where many detained Palestinians were interrogated for several hours.

Also on Tuesday, at dawn, soldiers invaded the northern West Bank city of Jenin, and various nearby villages and towns, including Zababda, Meithaloon, Msalya, and ‘Arraba, and installed several roadblocks.