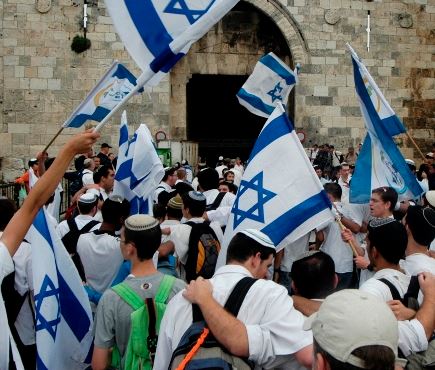 A number of extremist Israeli settlers held two young Palestinian men in Jerusalem, and violently assaulted them, until the police arrived at the scene, and released them.The WAFA News Agency said the two Palestinians suffered various cuts and bruises, and were in shock, barely able to speak.

The Israeli Police said the incident took place in Mea Shearim area, and that the attackers were rioting, burnt trash bins, and closed the street before throwing stones at the police while trying to disperse them using water cannons.

The Police added that the two Palestinians happened to be walking in the area before the settlers chased them while chanting anti-Arab slogans, and hurled stones at them.

Seeking shelter, the two run and to a nearby school where they were surround by the settlers, who proceeded to attack them.

The Police then removed the two Palestinians from the area, and released them.