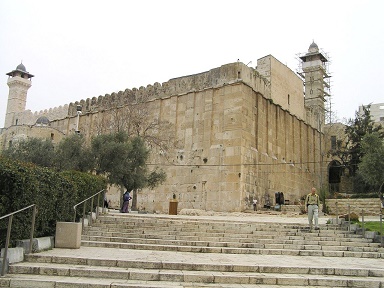 A number of fanatic Israeli settlers invaded, late on Thursday at night, the Ishaqiyya area of the Ibrahimi Mosque in the southern West Bank city of Hebron, designated for Muslim worshipers.Local sources said dozens of soldiers accompanied the settlers, and detained the local mosque guards while the settlers stormed it.

Head of the Islamic Waqf and Endowment department in Hebron, Taiseer Abu Sneina, said the invasion is a very serious escalation, especially since the soldiers detained and held the mosque guards, adding that such invasions could have very serious outcomes.

“This is an attempt to remove all Muslims from the mosque; the attack is not a separate incident, but part of ongoing violations,” he said, “The Israeli government is escalating its violations against the Palestinian people, their property, lands, and holy sites, in different parts of occupied Palestine.”

Abu Sneina further said the invasion is a direct violation of International Law and international legitimacy resolutions, especially regarding protecting holy sites and the freedom of worship.

In related news, the District Court in occupied Jerusalem decided, Friday, to force three Palestinian children, and a young man, away from the al-Aqsa Mosque for 15 days.

The police recently kidnapped the three children, Abdul-Karim Haddad, Mahmoud al-Hashlamoun, and Mohammad Abu Sneina, and the young man, Tareq al-Kurd, during clashes that took place near the al-Aqsa mosque, after dozens of Israeli extremists stormed it.

Before their release, the police issued orders denying them entry to the all-Aqsa Mosque and its yards for 15 days.