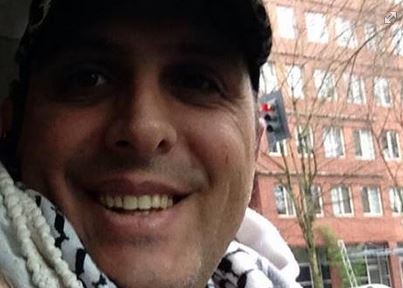 The website of the International Middle East Media Center (IMEMC) is back online after the Palestinian news service, under the auspices of the Palestinian Centre for Rapprochement between People, was forced off-line by a DoS attack and apparently let down by Hosting provider Bluehost.

IMEMC and other new media came under increased attack during the Gaza war, while mainstream media were bleeding viewers, listeners and readers to new, alternative and independent news services.

A several hundred percent increase in readers of news about the Gaza war may, ultimately, have prompted the UK parliament’s recognition of Palestine.

The IMEMC website is under constant attack of one sort or the other, but these attacks increased significantly since the Gaza war, said the editor-in-chief Saed Bannoura to nsnbc.

IMEMC, nsnbc, and a number of other new, independent or alternative media experienced a marked increase for the Palestine – Israel discourse.

While nsnbc only registered a minor increase in daily readers, it noticed a marked increase in the number of read articles pertaining Palestine, Israel, and the related international discourse.

IMEMC, which specifically covers Palestine and the Palestinian – Israeli discourse, experienced a significant increase in its number of readers and read articles.

Saed Bannoura noted that IMEMC and other independent media often have people on the ground where major mainstream media are merely repeating the reports from establishment news agencies.

It is noteworthy that the IMEMC website succumbed to the DoS attack on October 14, one day after the UK Parliament voted in favor of the recognition of Palestine and only two days after nsnbc published an article that documented an unprecedented level of harassment of alternative media, including IMEMC, nsnbc, Voltairenet, New Eastern Outlook, Land Destroyer Report, Infowars, Drudge Report and others.

Mainstream media like the BBC, CNN and other were increasingly forced to adjust their coverage. This ”adjustment” and the flight away from the mainstream to alternatives is likely to have been a significant contributing factor to the landslide in public opinion in the UK, that led to the recognition of Palestine by the UK parliament.

Speaking about the decades-long vilification of Palestinians and the misrepresentation of the Palestinian – Israeli discourse in Blockbuster Hollywood movies and mainstream media, Saed Bannoura said:

“Well, it’s an unfortunate reality that most of the international media agencies are largely corporate owned and line-up with corporate lobbies. Therefore their coverage is poor to none, regarding Palestine issues, especially when it comes to Palestinian rights”.

Another aspect of the involvement of strong corporate and government interest in media coverage is that alternative, internet-based media, are dependent on Hosting providers who often are in direct or indirect corporate relationship with, or dependent on business with major corporations which are known for their cooperation with intelligence agencies.

One example is the well-documented cooperation between Google, Microsoft, Apple, and the U.S.’ National Security Agency.

IMEMC’s now previous Hosting service, Bluehost, said Saed Bannoura, let IMEMC down when it was subjected to the DoS attack instead of providing any actionable help.

Bannoura stressed, “that is their job, that is what we are paying them for”.

It is noteworthy that Bluehost has a partnership with SiteLock, which also was involved in a harassment case pertaining nsnbc and others.

October 18, nsnbc attempted to contact Bluehost via chat and phone. A sustained attempt to acquire the contact details of a media spokesperson or anyone who could speak on behalf of Bluehost failed.

Also repeated direct calls to its violation of terms of service department were consistently answered by an answering machine, saying, “I’m sorry, that’s not a valid extension. Thank you for calling”.

IMEMC has migrated the website to another hosting provider for now.

Editor-in-chief Saed Bannoura agrees that alternative, new, and independent media could and maybe ought to form some kind of alliance with regard to negotiating with safe and ethical hosting service providers.

The IMEMC website is on-line again, but the new media are likely to remain vulnerable as long as they don’t stand united against censorship and harassment.