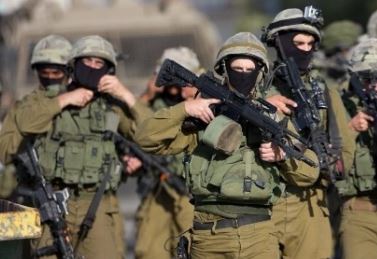 Dozens of soldiers invaded, on Tuesday at dawn, the village of Budrus, west of the central West Bank city of Ramallah, broke into several homes, took pictures of them, and attacked a local reporter. The army also confiscated agricultural machinery in West Bank’s Northern Plains.The army alleged it was conducting a “census” in the area, and did not provide any details, especially since the soldiers took pictures of homes and yards, and interrogated several Palestinians while inspecting the ID cards, and took personal information regarding the families.

Local sources said the soldiers were also drawing structural maps detailing the insides of the homes, and were asking the families various questions, including the number of persons living in each home.

The sources added that the soldiers assaulted Wattan TV cameraman, Mohammad Awad, by kicking and hitting him with their rifles, and interrogated him after forcing him out of his home.

The army frequently invades Palestinian communities in the occupied West Bank, and conducts a census of the population, homes and property.

On Monday, several Palestinians suffered the effects of teargas inhalation during clashes with Israeli soldiers invading the Teqoua’ town, east of Bethlehem.

The clashes took place at the western entrance of the town, and the army fired gas bombs and concussion grenades.

Soldiers then advanced to the center of the town, and blocked various roads, before firing gas bombs and concussion grenades, causing anxiety attacks among several Palestinians, mainly the children.