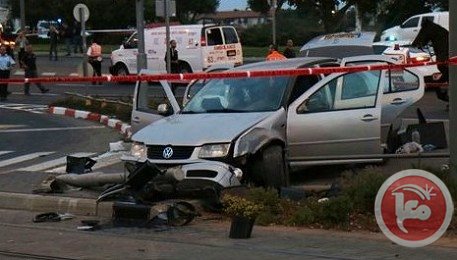 The driver was shot while fleeing the area, he added.

According to Ma’an, unconfirmed initial reports said that the slain Palestinian was the driver of the car, and that he was shot by Israeli police forces following the incident.