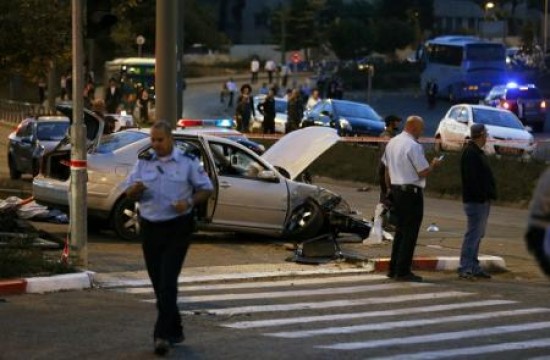 Silwan is the town were Abdul-Rahman Shalloudi, 20, was shot and seriously injured, on Wednesday, by light-rail Israeli guards, and died from his wounds, shortly after midnight, at the Israeli Hospital.

Shalloudi was shot by three rounds of live ammunition, one directly in his liver.

Silwanic said a child, identified as Fatima Kayed Panjabi, 11, and her cousin Ahmad Wa’el Rajabi, 4, were shot by rubber-coated metal bullets, along with four other young men, who were shot by live rounds, and were all hospitalized.

The army fired rounds of live ammunition at the beginning of the clashes that extended to various neighborhoods in Silwan, close to the home of Shalloudi, before the soldiers fired dozens of concussion grenades and gas bombs at local youths who hurled stones and empty bottles at them.

Dozens of soldiers invaded the home of Shalloudi, and violently searched it, causing excessive property damage.

Many Palestinians suffered the effects of tear gas inhalation after the soldiers invaded the Shu’fat refugee camp; the soldiers fired gas bombs, and rounds of live ammunition, especially after local protesters managed to burn a military tower.

Lawyer of the ad-Dameer Prisoner Support and Human Rights Association, Mohammad Mahmoud, tried to visit Shalloudi, before he died at an Israeli hospital, but the army prevented him, and informed him “he cannot visit Shalloudi because he is under arrest, and cannot have visits.”

Israel is alleging Shalloudi “deliberately” rammed his vehicle into a group of pedestrians near the Ammunition Hill light rail stop, causing the death of a three-month-old Israeli infant, while at least six others were hurt.

Israeli Ynet News said Shalloudi was “driving at the maximum speed into the pedestrians,’ and that he was shot “while attempting to flee the scene.”

It is worth mentioning that the army kidnapped, on Wednesday evening, the 15-year-old brother of Shalloudi, after invading their home, and attacked their father.

During the funeral ceremony of the Israeli child, Israeli President Rueveln Rivilin charged that the incident was an “intentional attack” fueled by what he called “murder and hatred” that led to the death of the child.

He claimed that there is a “dangerous level of incitement” in the Arab streets in Jerusalem, and accused Arab leaders throughout the country of participating in the alleged incitement.

Eyewitnesses to the incident said Shalloudi lost control over his car due to high speed, before he rammed into a group of Israelis waiting for the light rail.

They said Shalloudi did not attempt to escape, and exited his car after the incident, before he was shot and seriously injured.

Shalloudi is a former political prisoner who was released from an Israeli prison on December 22, 2013, after spending 16 months in detention.

He was arrested again this past February, and was released a month later.