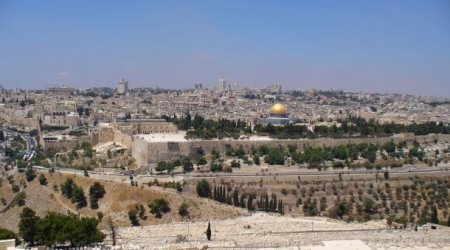 According to Israeli sources, the state has completed a plan, in the works since April of 2013, to impose its sovereignty over occupied Area C.Local sources say that Israel intends to put this plan into effect in November, to coincide with the Palestinian efforts in the United Nations.

The Palestinian bid to end the ongoing illegal Israeli occupation will be discussed in the Security Council in the second half of next October, after the end of American Congress elections scheduled in the 4th of the coming November.

Al Ray Palestinian Media Agency notes that the occupied West Bank was divided into A, B, C areas as a part from the interim agreement of Oslo. This division was meant to be temporary, allowing a gradual transfer of power to the Palestinian Authority, to otherwise become a permanent arrangement in place for 21 years.

The Israeli plan considers Area C, which represents 60% of West Bank territory under full Israeli control — with some180 thousand Palestinians living there — to be independent from the rest of West Bank.

Furthermore, Palestinians are prevented from any construction or development actions in 70% of this area,under a pretext of its categorization as official ‘State Land’ or ‘ Closed Military Zones’.

The Israeli state also refuses to recognize the majority of the villages in this region, and prevents any expansion or development.