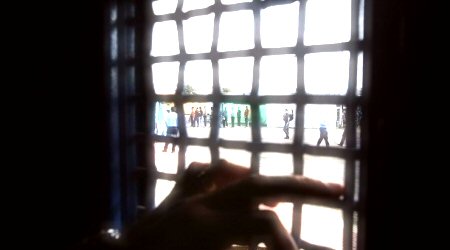 Lawyer for the Palestinian Prisoners’ Club (PPC), Shireen Nasser, stated Thursday that health conditions for prisoners are constantly deteriorating, with some detainees now awaiting critical operations for months and even years.According to WAFA correspondence, Nasser said that 43-year-old prisoner Nahid al-Aqra, from al-Am’ari refugee camp, in Ramallah, and serving a life sentence since 2007, is suffering from severe infections in his amputated legs, and now requires further amputation to avoid a possible infection spread.

Furthermore, Nahid has been without medication since the beginning of September of this year.

44-year-old-prisoner Riad al-Ammoor, from Bethlehem’s at-Ta’amra area, who is serving 11 life sentences beginning in 2002, has been living with an expired heart rate regulator for four months, now, and is suffering from chronic health complications as a result.

Ramla Prison doctors, meanwhile, gave Rabi’ Subuh, age 21, from nearby al-Khader, kidney and stomach medications which led to infections and severe bleeding in his heart.

Subuh, who has been imprisoned since 2013, is currently serving a 22-month sentence and waiting a heart operation which has yet to be scheduled.

The PPC notes that there are 14 permanent prisoners in Ramla prison:

Additionally, a PPC lawyer recently stated, via press release, that 288 prisoners in ‘Eshel’ Prison suffer from health conditions which are quite severe. Another issue noted is that of the spread of bugs and insects, inside the prison.