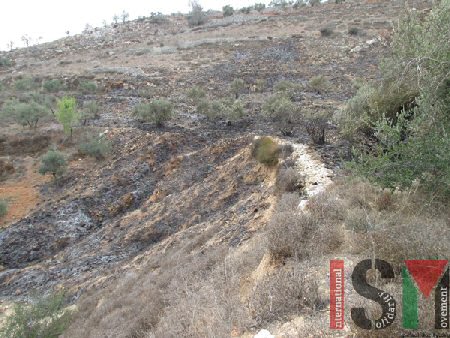 At approximately 09:30, on October 22nd, settlers from the illegal settlement of Yizhar set fire to a Palestinian olive field above Huwwara village, just outside of Nablus.

At this point the settlers started fighting their own fire, to prevent damage to their illegal buildings.

The owner of the land, Nasser Jihad Mufdi Houwwari, spoke to ISM about his previous experiences with settlers, in 2002 settlers from Yizhar shot Nasser in the shoulder with two bullets. Nasser continued to state that they [the settlers] threaten him and damage his properties every year, however this is the first time they burnt such a large area of his land. 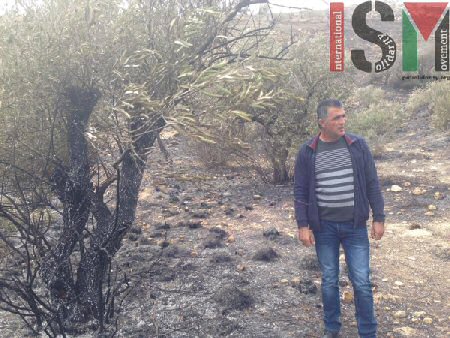 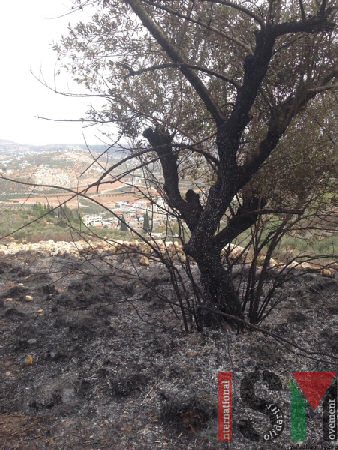