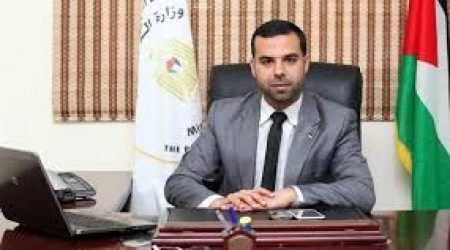 Gaza’s Interior Ministry in Gaza issued a statement, on Saturday, which refuted all accusations that Gaza is behind the recent attacks on Sinai, by affirming that the southern border with Egypt is under tight supervision and strict security measures. Moshe Ya’alon, on Sunday, decided to ban Palestinian workers from travelling on Israeli public transports.Al Ray reports that spokesman for the Interior Ministry, Iyad al-Buzom, confirmed that the Egypt’s national security is a top priority for Palestinians, stating: “We will not allow the security of our borders to be harmed.”

He said that the Gaza Strip had nothing to do with events currently unfolding in Egypt, and that the underground tunnels which lie on the border had already become something of the past.

Mr. Al-Buzom called on Egypt to exclude the Strip from any post-attack measures which might worsen the suffering of its population, amidst the all-out blockade initiated by Israel and backed by Egypt since 2007.

The Ministry described Friday’s attack against the Egyptian troops as a ‘despicable crime’, offering condolences to the Egyptian people and their government.

Israeli media made clear, according to Al Ray, that the new measures will ban Palestinian workers from Israeli public buses, though the army sees no potential security danger to be noted.

Mr. Ya’alon made the decision after hearing Israeli settlers who refused to tolerate Palestinian workers on their buses. In light of this decision, Palestinian workers must travel to Eyal crossing, near Qalqilya, and then take buses to their homes from there.

Ya’alon informed the setters that the decision will be enacted next month.

He additionally asked the Israeli civil administration to direct instructions and explanations to Palestinian workers, and to provide alternatives to Israeli transports.

The army says that Palestinian workers do not constitute a security risk to Israeli settlers who ride with them on the same buses, additionally noting that the workers hold the necessary permits under the requirements of Shin Bet security, and that they are subjected to a thorough inspection at the crossing.