Remains Of Slain Palestinian Located Under Rubble Of Bombarded Mosque 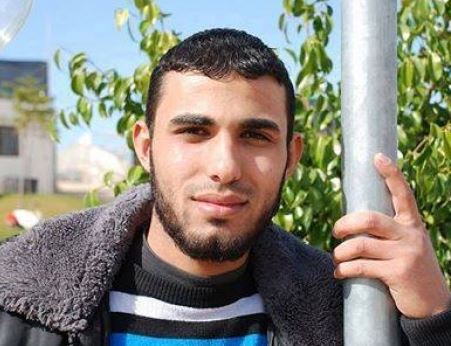 Palestinian medics and workers located, on Monday afternoon, the remains of a young man who was killed when the Israeli army bombarded a mosque in Gaza on August 9, during the Israeli offensive on the coastal region.Medical sources said Zohdi Abdul-Hamid Abu ar-Roos, 22, died under the rubble of the Al-Qassam Mosque during dawn prayers when the Israeli army fired a missile into the building killing three Palestinians and wounding dozens. Abu ar-Roos is a married father of one daughter.

Hundreds of Palestinians participated in the funeral procession, and ceremony, held on Monday evening.

The slain Palestinian was laid to rest at the Nusseirat Graveyard, in Central Gaza.

Although he was presumed dead, his whereabouts remained unknown until his remains were located during the removal of debris as part of a debris removal and reconstruction project.

More than 2,142 Palestinians have been killed during Israeli’s 52-day aggression on Gaza that officially began on July 8, 2014; one day after the Israeli army assassinated eight resistance fighters for firing missiles at them, in two separate attacks.

Many Palestinians died of their wounds after the ceasefire agreement was reached.