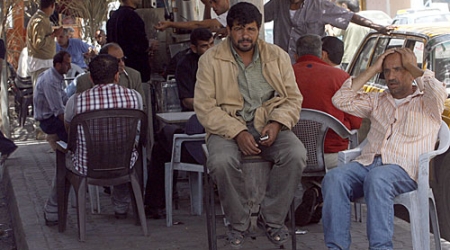 The Palestinian Authority, on Tuesday, transferred millions of dollars to the Gaza Strip for the long-delayed payment of salaries to civil servants of the former Hamas-run government, a Palestinian official told Ma’an News Agency.Speaking under the condition of anonymity, the official said that the money was brought secretly into Gaza through Erez crossing, in a vehicle heavily guarded by Gaza security officers.

Separately, Minister of Social Affairs Shawqi al-Ayasa said that each civil servant would receive an initial payment of $1,200, beginning on Wednesday, adding that the money was transferred following ‘the necessary international approvals’.

Ma’an further reports that, although the establishment of a unity government in June ended seven years of political division between Hamas and the Fateh-led Palestinian Authority in the occupied West Bank, key issues such as the payment of workers employed by Gaza’s previous Hamas-led government were not settled, and thousands went without paychecks for months.

Furthermore, according to Al Ray Palestinian Media Agency, Israeli PM Netanyahu, in a Tuesday speech, made clear that Israel does not differentiate between the Fateh and Hamas parties, since the Palestinian Authority was not able to maintain control over Gaza and was defeated in just few days, by Hamas.