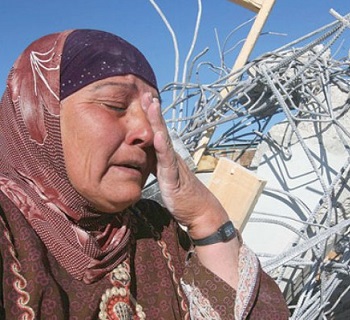 Some of the wounded have been identified as Mo’tasem, Mousa, Tareq, Yasser, Amna, Maleeha and Suleiman al-Hathalin.

Jabour said the soldiers also attacked a pregnant woman, causing her internal bleeding before she was rushed to a local hospital.

The soldiers said settlers of the nearby illegal Karmiel settlement are “annoyed” by the wood smoke of the oven, adding that this is the third time the soldiers demolish the clay oven this week alone.

The attack led to clashes between the invading soldiers and local youths, and the soldiers attempted to kidnap a Palestinian but the residents managed to prevent the arrest.

Around 1200 Palestinians live in the Khashm ad-Daraj village, facing daily hardships due to ongoing attacks carried out by Israeli soldiers and settlers targeting farmlands, livestock, sheds and structures.