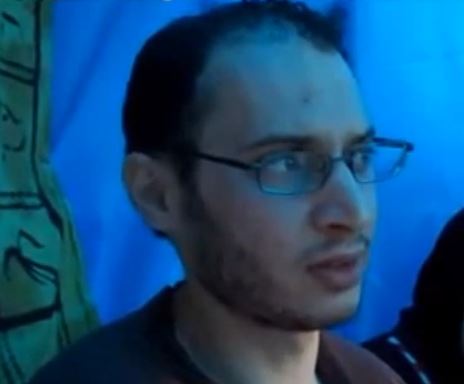 A former Palestinian political prisoner from the ath-Thoury neighborhood in Silwan town, in occupied East Jerusalem, was shot and killed by live fire of undercover Israeli soldiers. Israel alleges the slain Palestinian is behind the attempted assassination of fanatic rabbi Yehuda Glick.Local sources said Mo’taz Ibrahim Hijazi, 32, was killed after the undercover forces invaded his home approximately around 2:30 after midnight.

They added that Hijazi apparently returned fire as the soldiers also took positions on neighboring rooftops, before a short exchange of fire took place.

The Arabs48 news website said the soldiers fired dozens of rounds of live ammunition at Hijazi after surrounding him on his rooftop, and invaded his home after ensuring, he suffered multiple gunshot injuries.

Hijazi was bleeding heavily while the soldiers left him on the ground without providing him with urgently needed medical care.

The soldiers kidnapped Ibrahim, the father of Hijazi, and his brother Odai, and assaulted several family members and Palestinians in the neighborhood.

The Police in occupied Jerusalem said the army invaded the home “of a Jerusalemite Palestinian believed to be behind the attempted killing of Glick,’ and that he allegedly initiated fire targeting the soldiers “who returned fire and killed him,” according to the Israeli statement.

The Police also said they obtained Hijazi’s pistol, and sent it to forensic labs to determine whether it is the same weapon used in the attempted killing of Glick.

Hani Gheith, head of the Ath-Thoury Athletic Club, said dozens of soldiers surrounded the home of Hijazi, and did not invade it until they made sure he was shot and completely incapacitated.

Dozens of local youths attempted to reach the home of Hijazi to ensure he receives the needed medical attention, but the soldiers fired rubber-coated metal bullets wounding at least fifteen of them.

Gheith said the soldiers turned the Ath-Thoury club into a military base, and that the soldiers were still withholding the body of the slain Palestinian on his rooftop. Clashes also took place between dozens of local youths and the invading soldiers.

Hijazi is a former political prisoner who was held by Israel for 11 years, including 10 years in solitary confinement, and was released on June 5, 2012. He was initially sentenced to six years, but in 2004, he received an additional four-year imprisonment allegedly after attacking a soldier.